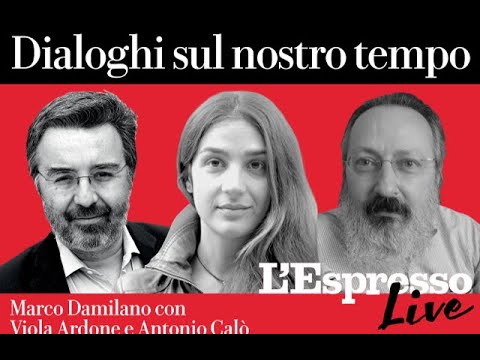 Federal Judge in Southern District for New York rules in U.S. v. Murgio that Bitcoins are, in fact, money.

Federal Judge in Southern District for New York rules in U.S. v. Murgio that Bitcoins are, in fact, money.

And for round number (I forgot by now) but we going to court to ask for the permission to go to the highest court of appeal in the State of New York to Abolish the Bitlicense.

Here we go again ...
Background story at https://AbolishTheBitlicense.org & https://Article78AgainstNYDFS.com (If you want to help with some bitcoin to help me pay the lawyer, D/M me.)
​
​
​
You can read the whole document here: http://www.article78againstnydfs.com/docs/Index-2018-998/01-NoticeOfAppeal/2018_998_Theo_Chino_et_al_v_Theo_Chino_et_al__NOTICE_OF_MOTION_W__15.pdf
​
And on the website you can read and see all the history.
Regards,
Theo Chino

The Department of Justice testimony in Congress was deceptive and misleading because Bitcoin did not exist in 2006. We need to continue to apply pressure ! Call your Senator !

They are using as reference the Liberty Reserve case when at the time Bitcoin did not exist. For the list of senators: http://www.abolishthebitlicense.com/advocacy.php

Some internet sites using virtual currencies are promoted specifically for criminal use. For example, until the government shut it down in 2013, Liberty Reserve, which billed itself as the internet’s largest payment processor and money transfer system and allowed users around the world to send and receive payments using digital currencies, was used by online criminals to launder the proceeds of Ponzi schemes, credit card trafficking, stolen identity information, and computer hacking schemes. Liberty Reserve’s founder, Arthur Budovsky, built and operated Liberty Reserve expressly to facilitate large-scale money laundering for criminals around the globe by providing them near-anonymity and untraceable financial transactions. In 2016, Budovsky pleaded guilty to money laundering charges and was sentenced to 20 years in prison.

The Departement of Homeland Security is even better because they use Irrelevant facts to scare the Judiciary committee. None of those two are using Bitcoin to launder anything. These two cases are about drugs and not money laundering. They are not using Charlie Shrem case. Source:https://www.dhs.gov/news/2017/11/28/written-testimony-ice-senate-committee-judiciary-hearing-titled-s1241-modernizing

Many of the traditional transnational crimes that HSI investigates have begun to migrate to become “cyber-enabled,” with significant parts of the crime committed over the internet, including both the “indexed” internet and the “unindexed” dark web. Transnational crimes that HSI investigates, including child exploitation, drug smuggling, intellectual property rights violations, illegal export of firearms, and money laundering now all have cyber-enabled elements to them. This transition has paralleled the growth of e-commerce, generally, and poses challenges for law enforcement, in particular HSI and CBP.

In addition to the traditional complexities posed by conducting cyber investigations, many of the illicit activities conducted in cyber-enabled crimes are paid for with virtual currency, including both centralized and decentralized convertible virtual currencies. The latter are sometimes referred to as cryptocurrencies. Virtual currencies are not issued or backed by any sovereign nation, and are distinguished from fiat currency or “real currency,” which is the coin and paper money of a country that is issued and guaranteed by the country; designated as its legal tender; and circulates and is customarily used and accepted as a medium of exchange in the issuing country. HSI agents are increasingly encountering virtual currency, including more recent, anonymity enhancing cryptocurrencies (AECs), in the course of their investigations. AECs are designed to better obfuscate transaction information and are increasingly preferred by TCOs. Some illicit virtual currency exchangers have also begun to cater to TCO actors, including through the use of “mixers” or “tumblers” that anonymize virtual currency addresses and transactions by weaving together inflows and outflows from different users, further increasing the challenge to law enforcement’s ability to tie virtual currency transactions to real world individuals.

In November 2016, HSI special agents investigated and seized $1.2 million in cash from Utah resident Aaron Shamo, who led a Xanax and fentanyl pill production organization. Shamo sold his illicit products via the dark web, and an investigation led to the identification of his virtual currency wallet address. Through the use of Blockchain analysis tools, agents were able to identify Shamo’s Bitcoin transactions and seize bitcoins valued at approximately $2.5 million in U.S. dollars. Shamo was indicted in December 2016 and the subject of a supersceding indictment in May 2017.

In another HSI opioid smuggling investigation, Pennsylvania resident Henry Koffie was arrested in July 2017 and indicted with Distribution of a Controlled Substance Resulting in Death and Importation of a Controlled Substance. Koffie, a.k.a. NARCOBOSS, was a dark web vendor of fentanyl who filled more than 7,800 orders between July 2016 to June 2017, most of it paid for with bitcoin. HSI seized $154,000 from Koffie’s accounts.

This prove that the pressure we are putting is working. If they wanted to use AML cases they would have cited Murgio, Faeilla, Coztanzo, Wagner, Shrem, Steimetz, Manzy, Petix; or either Val Galerius (today awaiting trial in Florida) or DPR.

CALL AND EMAIL YOUR SENATOR and tell them to Remove Digital Currency From Section 13 of S1241 and that DOJ and DHS testimony was deceptive, misleading and irrelevant because bitcoin did not exist when the Liberty Reserve was prosecuted and Irrelevant because none of the people charged where laundering money.

This is an automatic summary, original reduced by 56%.


NEW YORK Bitcoin qualifies as money, a federal judge ruled on Monday, in a decision linked to a criminal case over hacking attacks against JPMorgan Chase & Co and other companies.
U.S. District Judge Alison Nathan in Manhattan rejected a bid by Anthony Murgio to dismiss two charges related to his alleged operation of Coin.mx, which prosecutors have called an unlicensed bitcoin exchange.
Murgio had argued that bitcoin did not qualify as "Funds" under the federal law prohibiting the operation of unlicensed money transmitting businesses.
"Anthony Murgio maintains his innocence and looks forward to clearing his name at his upcoming trial," he added.
Prosecutors last year charged Murgio over the operation of Coin.mx, and in April charged his father Michael with participating in bribery aimed at supporting it.
He hired new lawyers last month and is seeking permission to replace lawyers who joined the case in June, a Monday court filing showed.

This is an automatic summary, original reduced by 50%.


NEW YORK A Florida man pleaded guilty on Monday to charges that he conspired to operate an illegal bitcoin exchange, which prosecutors said was owned by an Israeli who oversaw a massive scheme to hack companies, including JPMorgan Chase & Co(JPM.N).
Anthony Murgio, 33, entered his plea in federal court in Manhattan to three counts, including conspiracy to operate an unlicensed money transmitting business and conspiracy to commit bank fraud, a month before he was to face trial.
Prosecutors said Murgio operated Coin.mx, which without a license exchanged millions of dollars into bitcoin, including for victims of ransomware, a computer virus that seeks payment, often in the virtual currency, to unlock data it restricts.
Prosecutors said Coin.mx was operated from 2013 to 2015 through several fronts, including one called "Collectables Club," to trick financial institutions into believing it was a members-only group interested in collectables like stamps.
Prosecutors said the men carried out the cybercrimes to further other schemes with another Israeli, Ziv Orenstein, including pumping up stock prices with sham promotional emails.
Five other individuals have been charged in connection with Coin.mx, including Murgio's father.

Summary Source | FAQ | Theory | Feedback | Top five keywords: including#1 Murgio#2 prosecutors#3 Coin.mx#4 Aaron#5
Post found in /news, /Bitcoin and /BitcoinAll.
NOTICE: This thread is for discussing the submission topic. Please do not discuss the concept of the autotldr bot here.

This is an automatic summary, original reduced by 66%.


Two Israelis and an American hacked into JPMorgan Chase, Fidelity, Dow Jones, and nine other companies in the largest cyber-attack on US financial institutions ever - stealing personal data of more than 100 million customers, the feds said Tuesday.
"We have exposed a cybercriminal enterprise that for years successfully and secretly hacked into the networks of a dozen companies, allegedly stealing personal information of over 100 million people, including over 80 million customers from one financial institution alone," Bharara said.
The three, along with co-conspirator Anthony Murgio, had previously been accused of hacking into JPMorgan last year and stealing personal information from 83 million customers.
The hackers were involved an extremely broad array of cybercrimes, from hacking to operating illegal online casinos and running an illegal bitcoin exchange-all to become massively wealthy in short order, according to the indictment.
The four conspirators tried to hack into the financial companies in order to get rich off manipulating the stock market, according to the indictment from Bharara's office.
While the JPMorgan hack was successful in getting some customer information, others were less so.

Murgio Senior Avoids Jail in Bitcoin Exchange Coin.mx Case The indictment alleges that in April 2014 Michael Murgio executed an agreement with Gross on behalf of Coin.mx. Aziz Abdel-Qader News (CryptoCurrency ) Friday, 27/01/2017 23:23 GMT+2 2017-01-27T21:23:40+00:00 2017-01-29T07:54:58+00:00. Photo: Bloomberg . Share this article. Finance Magnates Telegram Channel; Michael Murgio, a ... M urgio was accused of operating the bitcoin exchange, Coin.mx, that laundered cash for Internet criminals, including drug dealers, and facilitated extortion schemes.. He was accused of operating an unlicensed money transfer business that used bitcoin to launder cash. The plea comes less than three weeks after prosecutors released a new indictment against Murgio and two others. Tampa's Anthony Murgio, 33, was sentenced Tuesday to 5-1/2 years in prison for running a bitcoin exchange suspected of laundering money for a group of hackers who targeted publishing and financial ... Murgio had argued that bitcoin did not qualify as "funds" under the federal law prohibiting the operation of unlicensed money transmitting businesses.. But the judge, like her colleague Jed Rakoff ... Murgio, who often posted about libertarian causes and uses a photo of himself with Ron Paul as his Facebook profile, registered the Coin.mx domain in October 2013 and started a Bitcoin exchange ...